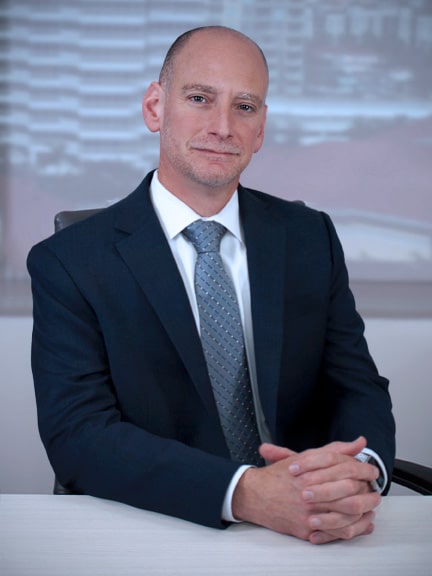 Jeff received his Bachelors from Florida State University in 1993 and his Juris Doctor from Nova Southeastern University in 1996. He was admitted to the Florida Bar later the same year and is licensed to practice in all state courts in Florida. He is also admitted to the Trial Bar for the U.S. District Court for the Southern District of Florida, U.S. District Court for the Middle District of Florida, and to the Eleventh Circuit Court of Appeals.

Jeff is a member of the Broward County Bar Association (served on Professionalism Committee), Palm Beach County Bar Association (served on Professionalism Committee and Judicial Relations Committee), and Florida Defense Lawyers Association. In 1997, he authored “Judicial Interpretations of Presuit in Florida: How to Avoid the Pitfalls of Bringing or Defending a Claim for Medical Malpractice,” which was published in the Florida Bar Journal (July-August 1997).

Jeff is an experienced litigator who has focused primarily in the areas of medical malpractice, insurance, and civil rights litigation. He joined Cohen, Blostein & Ayala, P.A. in the spring of 2008.

Jeff has achieved an AV Preeminent® rating through Martindale-Hubbell® and has been selected by his peers as one of “Florida’s Legal Elite” in 2013 and 2014.

Jeff Blostein is a Florida complex commercial litigation and trial attorney. Call or email our office for an appointment.