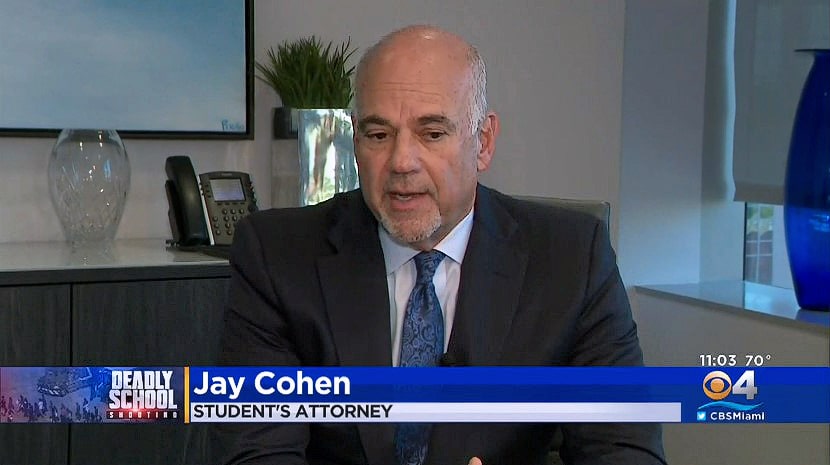 Jay Cohen has brought a Motion for Protective Order on behalf of his client, a Parkland school student who witnessed the February 2018 shooting at Marjory Stoneman Douglas High School, resulting in significant stress, anxiety, and post-traumatic stress disorder. The motion seeks to prevent his client from being required to appear at a deposition scheduled by the Public Defender’s Office in the Nikolas Cruz criminal case to give testimony that could be obtained from multiple other witnesses. Mr. Cohen was recently interviewed by CBS Local news regarding his motion and efforts to protect the student from further distress.